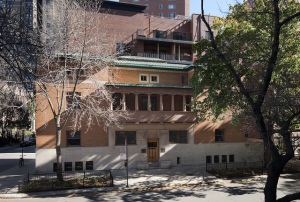 As one of Chicago’s most important buildings architecturally, the Charnley-Persky House is fittingly home to the Society for Architectural Historians today.
Image courtesy of flicr user karaeo

The Gold Coast is an area of Chicago that is just about as well located as any urban dweller could imagine being. With the lake in close proximity to the east and great shopping and restaurants to the south, the historic neighborhood has something for everyone. There are almost endless experiences to be had on Michigan Avenue and along the river. The lakefront bike path is a connector to great places for exercising, relaxing and people watching. 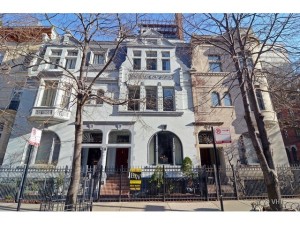 This historic home on the 800 block of N. Dearborn recently sold for $1.6M. 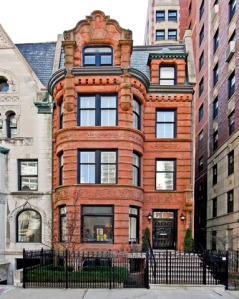 Large estates centered on Astor Street and the surrounding blocks were built just as Lake Shore Drive was extending north past North Avenue to Oak Street. The attractions that brought folks to the area then, the green space and beaches along the lake shore, remain today and have continued to drive up the value of the historic properties in the Gold Coast neighborhood. The area was settled not long after the Great Chicago Fire by some of the city’s wealthiest families who moved up from Prairie Avenue on the south side, the second neighborhood settled by the city’s most affluent. This third wave of settlement by upper-upper class Chicagoans saw the building of many large mansions in what was at that time open green space.  The Potter Palmer Mansion was built on Lake Shore Drive, however, it was demolished in 1951 to be replaced with one of the many highrises along Lake Shore Drive today. 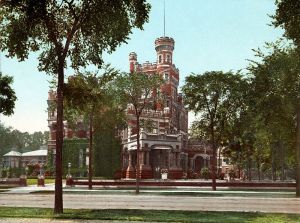 Many of the large mansions on interior streets of Gold Coast survive today. Some have been subdivided into condos with high end finishes throughout, however, a number of large old estates have come onto the market recently.

This is an area of the city that has, for the most part, never seen real estate prices fall. Since the city’s wealthiest families moved to the area over 100 years ago the area has grown in value due in large part to what has grown up around it. A lot is to be said for the value of quality of life, and for that reason it comes at a premium.